Why Is the Sin of Hatred So Dangerous? 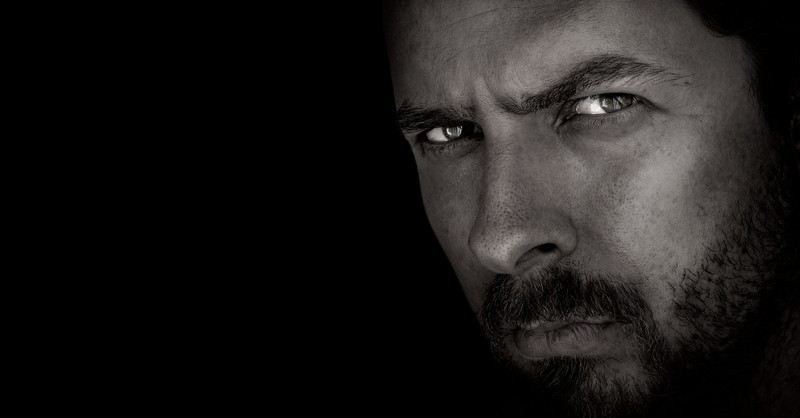 The root of evil is rebellion against God, His nature and His will. People cave into their fleshly desires, whether instinctively or intentionally, when they set themselves against God. The Bible makes it clear that God is love; He is the source of love, the giver of true life, and because of that love will continue into eternity, since He is eternal.

Hate is the sinful opposition to that love. It is the driving force behind much of the wicked action people take. Sometimes it is hating others, hating a process, or hating oneself.

God’s Word has much to say on the topic, emphasizing its toxic influence, pernicious nature, and how much it hurts the Lord. It is a selfish emotion that sets man against his creator and his brethren, damaging everything it touches because it allows people to see their fellow man as not also made in the image of God; to know the love of God is to be touched by true love, and embracing that enables people to overcome the fleshly drive to hate, and become more Christ-like. 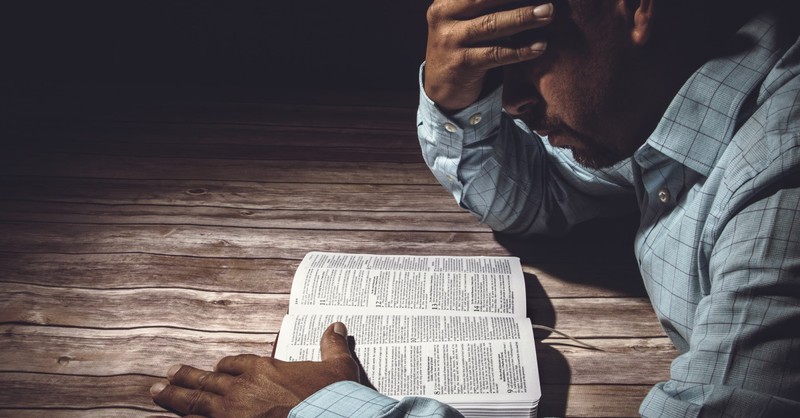 What Does the Bible Say about Hate?

Like many topics, the Bible is not silent about hatred. It is the opposite emotion and behavior that Jesus Christ epitomized when He came to die on the cross, paying the price for the sins of humanity. The dictionarydefines it as, “ill will or resentment that is usually mutual: prejudiced hostility or animosity.”

This definition does not seem to fully encapsulate hatred, as it is often the driving force for the worst of human behavior, including murder – the intentional ending of a life. God’s Word gives many powerful statements about what hate is.

First, many verses define hate by showing how it is different from the character of God. By juxtaposing hate with love and goodness, one understands what hate is by realizing what it is not.

“Hatred stirs up strife, but love covers all offenses” (Proverbs 10:12).

“A soft answer turns away wrath but a harsh word stirs up anger” (Proverbs 15:1).

“Better is a dinner of herbs where love is than a fattened ox and hatred with it” (Proverbs 15:27).

“Know this, my beloved brothers: let every person be quick to hear, slow to speak, slow to anger; for the anger of man does not produce the righteousness of God” (James 1:19).

Where there is conflict, there is the potential for hate. It leads to discord, disharmony, malice, and anger. The negative emotions it is tied up with leads to sin. Hate is a motivator for wicked behavior, and the Bible helps identify hate by showing how indulging in it leads to certain outcomes.

“Everyone who hates his brother is a murderer, and you know that no murderer has eternal life abiding in him” (1 John 3:15).

“You shall not hate your brother in your heart, but you shall reason frankly with your neighbor, lest you incur sin because of him” (Leviticus 19:17).

“The one who conceals hatred has lying lips, and whoever utters slander is a fool” (Proverbs 10:18).

“What causes quarrels and what causes fights among you? Is it not this, that your passions are at war within you? You desire and do not have, so you murder. You cover and cannot obtain, so you fight and quarrel” (James 4:1-2a).

The world indulges in hate, and ultimately sets itself against God by hating His people, highlighted in several verses.

“The world cannot hate you, but it hates me because I testify about it that its works are evil” (John 7:7).

Hate is not just an emotion. It is a state of being that involves choices, behaviors, and thoughts. It separates people rather than brings them together, because the one hating sets themselves away from another.

They can do it for superficial reasons, or understandable ones. Racism is an example of hatred driven by ethnic differences. Some people hate others due to religious differences. Individuals often hate one another due to past wrongs, refusing to seek reconciliation. Ultimately, hate can lead to people not seeing the object of their hatred as fully human, justifying bad behavior on either a petty or a grand scale. 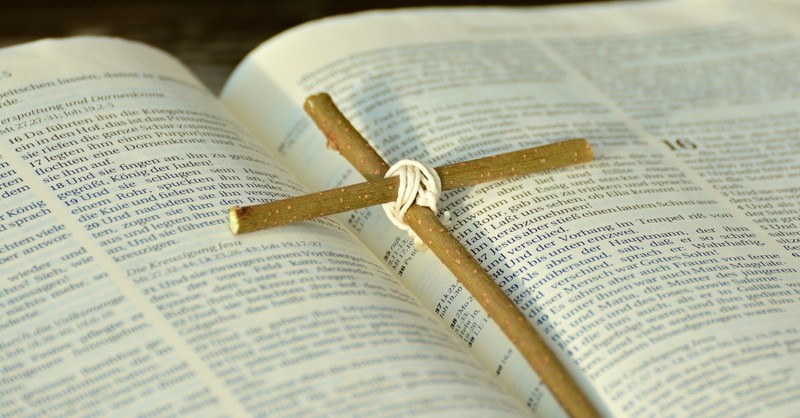 How Does Jesus Address Hate?

Jesus does not deny hatred’s existence, nor does He spend His entire time only preaching about love, an assumption often made by people unfamiliar with the Gospels. In the Sermon on the Mount, Jesus clarified that sin was not just outward behavior, it began with the state of someone’s heart. It is not enough to just not commit adultery, it is wrong to think about having inappropriate sexual relationships. Of anger, and taken to its extreme hate, Jesus said:

Hate begins in the heart, nursing anger at someone else or a group of people. Even if someone never acts on their hate, it is still a sin. Highlighting the true origins of sin as internal, a heart issue, allowed Jesus to show how incapable people were to live up to the Old Testament law. Under that system, people honored laws about behavior, cleanliness, and sacrifice in order to be right before God, but over time that became the source of salvation, even though they were supposed to pursue true repentance and a relationship with the Lord. Jesus came so the law would be fulfilled, becoming the source of all forgiveness. Even the most hateful individual can repent and be changed by God’s love. This message was not always received with enthusiasm, nor is it today.

The Messiah knew what hate was because He was hated in His day. Because of this, He knew and prophesied that His followers would suffer. When speaking about the signs of the end of days, He said, “Then they will deliver you up to tribulation and put you to death, and you will be hated by all nations for my name’s sake” (Matthew 24:9). The further away from God the world strays, the more hate will motivate decisions. Some assume this will only lead to violence and prejudice. While there is truth to this idea, it will also manifest in hating truth for lies, hating godly wisdom for man’s foolishness, and hating God’s justice for man’s injustice.

Despite being hated Himself, Jesus did not hate His enemies, and those who follow Him are to do the same, “But to you who are listening I say: Love your enemies, do good to those who hate you, bless those who curse you, pray for those who mistreat you” (Luke 6:27-28).

Because the Lord knew what it meant to be fully human, with human weakness, He understood that sinful people would struggle to be obedient, to not respond to hate with hate. In one of His teachings, Jesus imparted tools to prevent believers from falling into the habit of quarreling, instead encouraging them to forgive, “seventy-seven times” (Matthew 18:22b). In other words, He tells them to forgive as many times as it takes.

He died so that man could be forgiven eternally for their sins. He is eternal, and His forgiveness will last forever for those who ask for it; He can be an everlasting source for the strength to forgive, which can only be done in love. 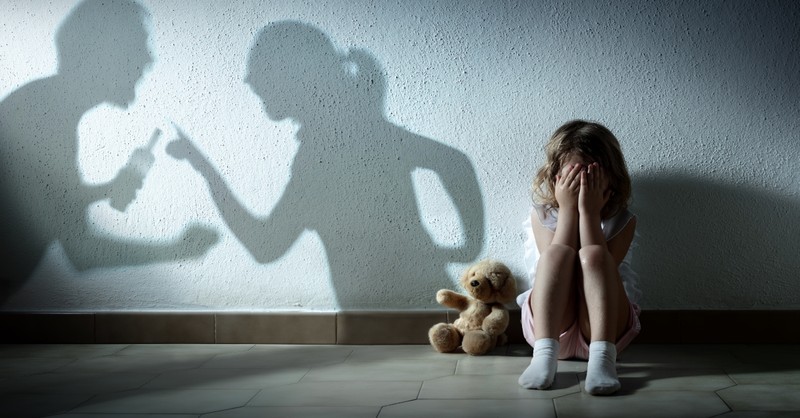 Why Is Hate So Dangerous?

Many people experience anger, some even have tempers that manifest in ways that are detrimental to their relationships. Getting mad at someone does not mean the relationship is hateful. Even modern psychology identified differences between the two, with anger being a passing emotion, even for those who struggle with anger management.

Hate actively separates people from one another because it is an active decision to otherize, a word that means “to view or treat as intrinsically different from and alien to oneself.” This refers to someone being seen as so alien to oneself or a culture that they can be perceived as lesser, perhaps even less than human. Instead of seeing people as made in the image of God, they can be eliminated. Anger can lead to hate, and often fuels it, but that does not necessarily mean they are the same. Hate drives people to set themselves in opposition to God as well, meaning actions driven by hatred are rebellion.

One of the most powerful statements in the Bible comes from one of the last epistles in the New Testament, written by one of the apostles. John wrote, “We know that we have passed from death to life, because we love each other. Anyone who does not love remains in death. Anyone who hates a brother or sister is a murderer, and you know that no murderer has eternal life residing in him” (1 John 3:14-15). This verse makes the bold claim that if someone calls themselves a Christian, but is hateful against anyone (especially another believer), they may not have the Holy Spirit, and may not be truly saved.

Hate is intimately tied in with death, and just like Jesus called someone embracing lust an adulterer, someone harboring hate is murdering his brother in his heart. When this hate is acted upon, it leads to death. Sometimes that is spiritual or relational; unfortunately it can also be the ending of the life of another. Hate is dangerous, because when taken to its logical conclusion, it is the desire to eliminate the humanity of another.